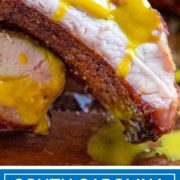 For my South Carolina Ribs with Mustard BBQ Sauce the secret is all in the sauce. A golden yellow mustard sauce simmered with brown sugar, apple cider vinegar and several other pantry staples that will have you craving more. 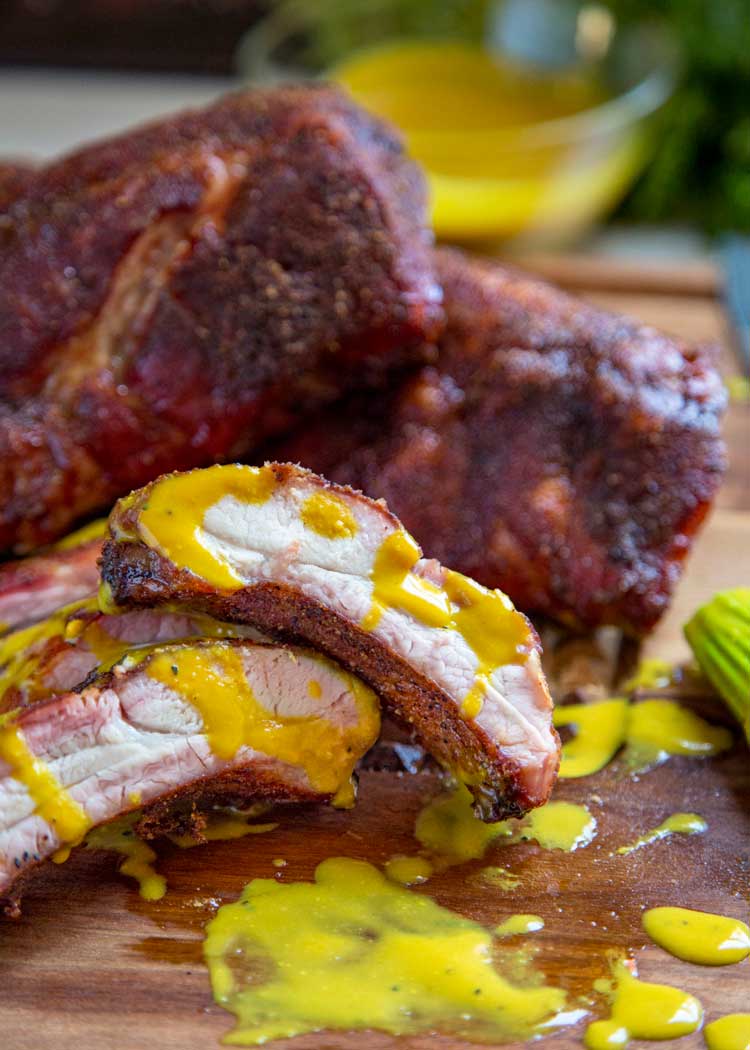 Sure these pork ribs get cleaned and dry rubbed, then go low and slow in the smoker, but I’m all about the sauce for these. 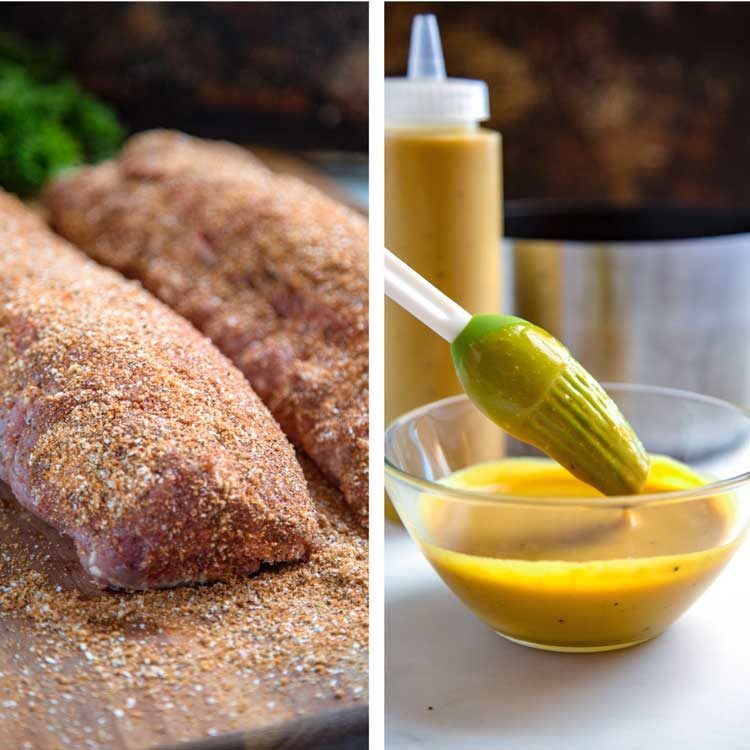 Don’t get me wrong I love the thin red sauce, especially used with pulled pork, but this mustard version here is fantastic, too and a must try. 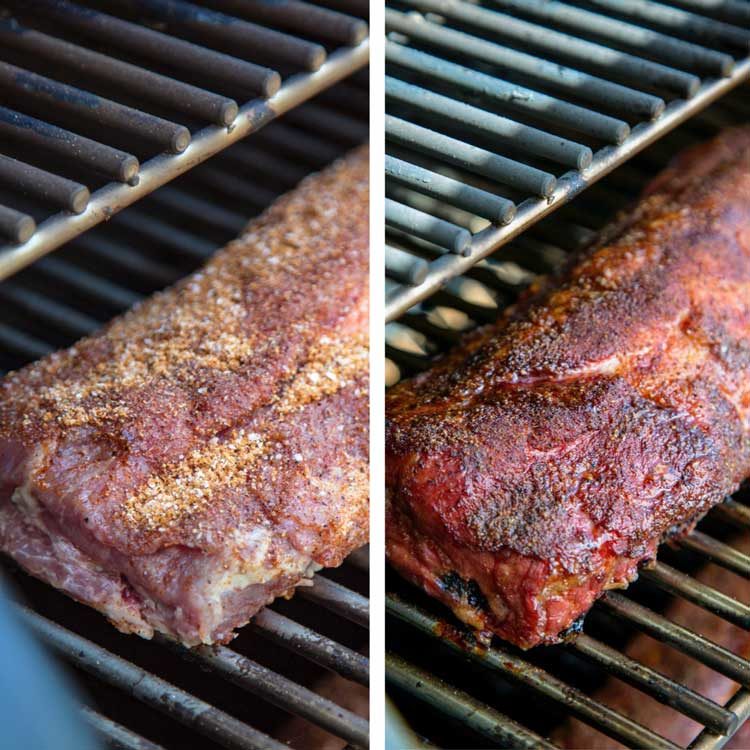 I’ve been enjoying sharing with you all the different kinds of rubs like my Kansas City Style Dry Rub and sauces like this Alabama White Sauce, instead of your typical BBQ sauce, but lately and this Mustard BBQ Sauce has me going back to it again and again.

After making several batches of these I think the best is NOT to baste with the mustard sauce and just use as a dipping sauce or drizzle over the ribs AFTER they’ve been cut. The mustard seems to get a little bitter if basted while the ribs are still on the grill. Up to you.

What to do with any leftovers?

If there are any leftover ribs, I typically make my BBQ Pork with Cheesy Grits. Leftover pork ribs get shredded and simmered in your favorite BBQ sauce and top creamy, cheesy grits for a Southern inspired dinner that’s sure to satisfy. 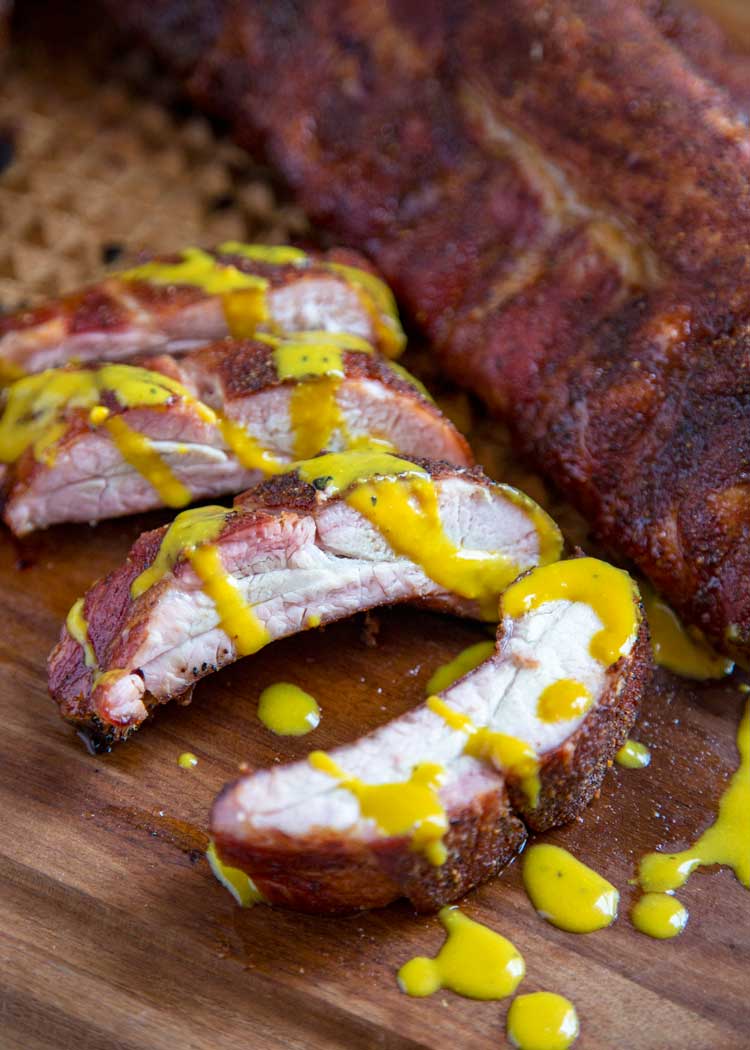 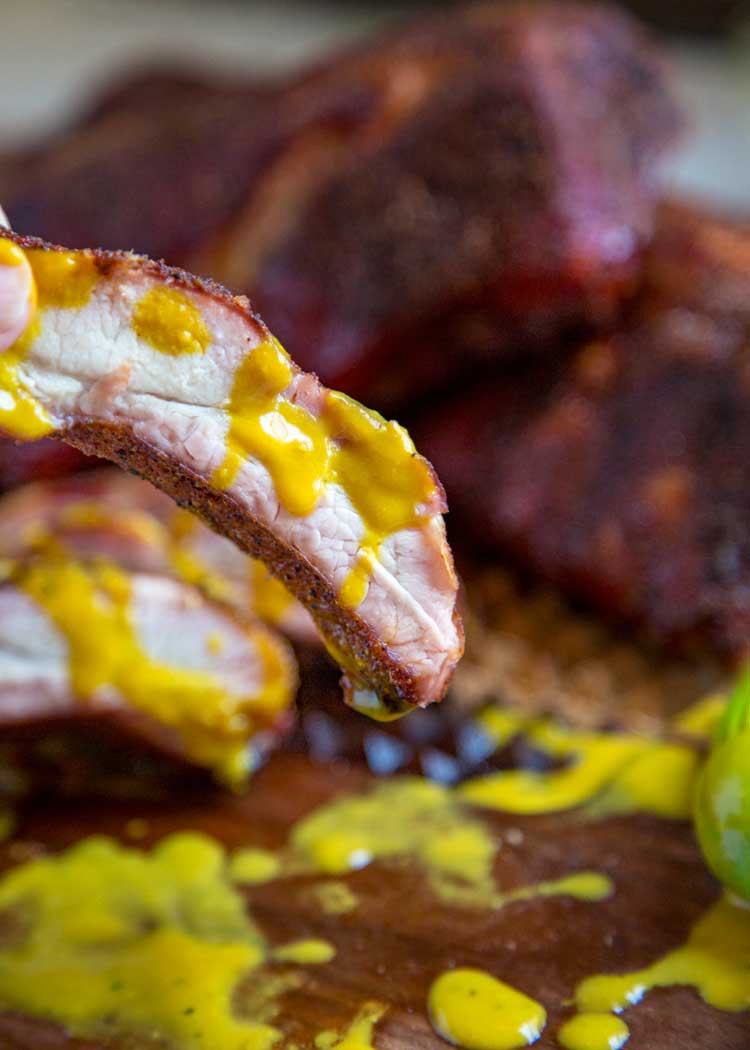 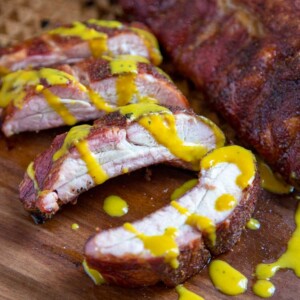 For the Mustard BBQ Sauce

For the Instant Pot:

These sound amazing! We love ribs at our house and I love trying new rubs! That sauce is a must!

could this be used on say chicken

I think it would be great, but have not tried it… yet! 😉

These look so tasty! We are a rib family so I have to try these! I LOVE that you give instructions for so many cooking methods! That is awesome!

Thanks Kelsey! I love to shake up the ribs sauces every now and then. So many to try. You can find more RIB recipes here if you like. You guys have a great weekend. 🙂